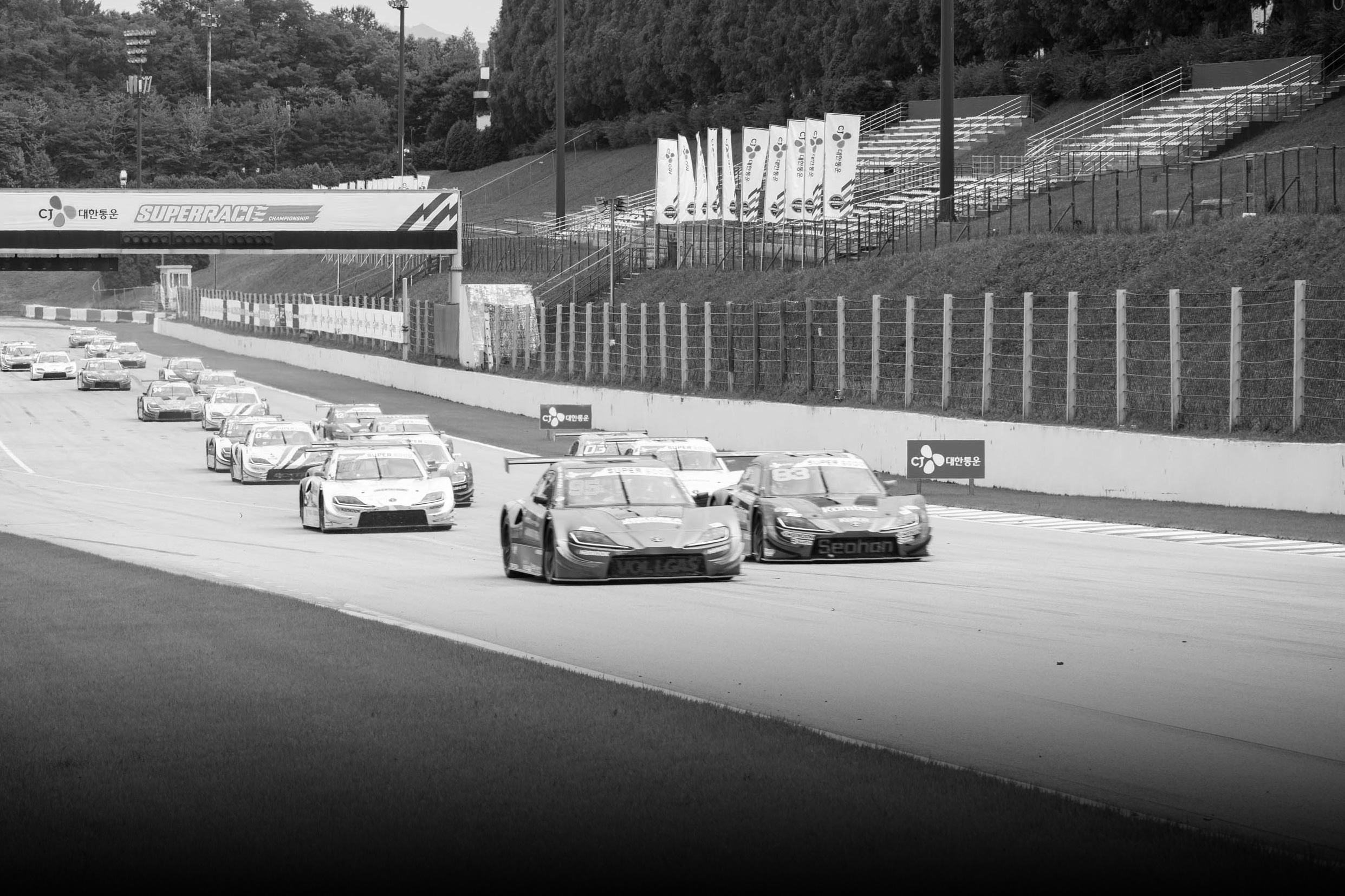 Round8
D-DAY 0 0 0
LOGIN
Parking for each venue

After entering Sangsulpadok, Yeongam Korea International Circuit,
Please park in the parking lot before walking in. (Enter Through Entrance Arches)

The SUPERRACE in South Korea is the premium motor racing sanctioned by the Federation Internationale de l’Automobile(FIA).

The SUPERRACE is a leading event providing the various and qualified racing so that it has been getting more popular in South Korea. One of the classic racing of the championship is Super 6000 Class. It is only stock car racing in South Korea and even Asia, and which means many Asian people love to see the racing. A stock car is a kind of natural bone machine for racing rather than modified car. The cars with V8 6.2L engine and 435 horsepower perform the 300kim/h of speed for the breathtaking racing.

The SUPERRACE has a couple of classes such as KUMHO GT Class for the tuned cars, Onemake for BMW M4 Coupe. The radical car racing also gives you enjoyment for racing including world renowned races.

The Championship can be an opportunity for drivers to be successful and a challenge and experience for the big fans of racing. We aim to Motor-tainment(Motor and Entertainment) to make you be touched by the racing. Beyond just racing game, it will be the place where people feel passions and thrilling fun.

Hosted a championship at 5 circuits in Korea, China and Japan

Held a night race for the first time in Korea

Adopted the Superrace Championship as the official title

* Booths for sales purposes should be discussed separately.

Article 3 (Allocation of Exhibit Booth)
1. The Organizer shall allocate the space in accordance with the order of number of participation, application, size of the space applied for, use of the booth exhibits or in the reasonable manner.
2. The Organizer may request to change the location and/or the size of the space allocated to the Participant at any time prior to the commencement of the build-up of the exhibition, in the event of exceptional circumstances. Such changes are at the Organizer's discretion, and the Participant shall not request compensation for results of the changes.

Article 4 (Use of Exhibit Booth)
1. The Participant shall exhibit the products and dispatch staff person(s) announced in the application form to exert his/her best efforts in operating the booth.
2. In the event that the Participant violates regulations by exhibiting products which are not announced in the application form or not related to the theme of the exhibition, or selling products directly without permission of the Organizer, the Organizer shall stop the Participant's activities, order dismantling of the booth or remove his/her exhibits. In the case stated above, the participation fee shall not be refunded and the Participant has no right to claim for compensation.
3. The Organizer may refuse admission of any person if it is deemed necessary.
4. The Participant shall not sublet all or part of allotted space without prior written consent of the Organizer.
5. Any modification of decoration such as the floor, ceiling, wall, etc. shall not be permitted to the exhibition hall, and the Participant is liable to compensate damages to the Organizer whether in restoring it to the original state or otherwise.

Article 7 (Construction of Exhibit Booth)
The Participant shall complete construction, delivery and display of exhibits in allotted space during designated period (until 17:00 of one day prior to the Opening Date).

Article 8 (Removal of Exhibit Booth)
The Participant shall remove all exhibits and installations during designated period (after 18:00 of the Opening Date). In the event of any delay, the Participant shall pay all costs for the removal to the Organizer without further delay.